UTA is deploying passive RFID tags and readers to manage rail cars and components, schedule their maintenance and inspection, and comply with federal rules.

Following a one-year pilot, Salt Lake City area bus and rail service providerUtah Transit Authority (UTA) is deploying an ultrahigh-frequency (UHF) RFID-based solution to record when its light-rail trains enter and leave the maintenance yard, and also to track as many as 22 components installed on each car. The system enables the transit authority to better manage its rail fleet, the maintenance of its trains, and individual components.

UTA serves 2.2 million people throughout the Salt Lake City area, and operates 700 buses, 400 vans, 146 light-rail cars and 60 commuter-rail cars. Altogether, its rail vehicles travel 200 miles of track. Since the system was piloted on four cars for one of its rail lines during the past year at its maintenance yard, the transit authority is now expanding the system's use, so that all 146 of its light-rail vehicles and their components can be tracked via RFID. UTA's long-term plans include using the technology to also track its commuter-rail cars and buses, as well as their components. 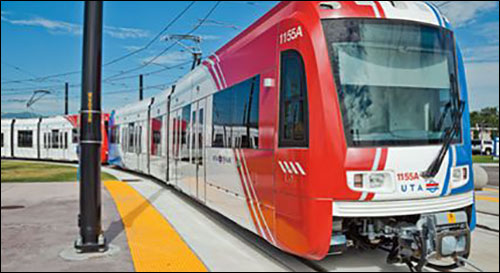 UTA is attaching Omni-ID RFID tags to all of its Siemens S70 light-rail passenger cars.

In 2012, federal legislation known as the Moving Ahead for Progress in the 21st Century Act (MAP 21) was passed. It is anticipated that the final ruling will require transit agencies to conduct periodic assessments of their capital assets, including their passenger vehicles (known in the transit industry as revenue vehicles). In response to this legislation, UTA needed to set up a program to assess the conditions of its trains and buses, and ultimately to ensure their safe and efficient operation.

The transit authority wanted to go a step further, however, says Kyle Stockley, one of the agency's asset administrators. "We wanted to automate the tracking of the major components and their systems," he explains. "When applying the tracking system to its vehicles, UTA decided that a condition assessment for the vehicle itself fell short of the intent of the legislation. To understand how the asset is performing, we needed to take it down a level."

The agency decided that RFID would be the best technology for accomplishing this goal. UTA figured that with an RFID tag attached to each of the major components, and readers deployed along the rails, it could collect data about when components leave and return from the yard, thereby indicating when they were in use and for how long.

UTA conducted an RFID pilot project involving its Siemens S70 light-rail vehicles at the agency's Jordan River Service Center in Salt Lake City. The pilot involved applying tags to four rail cars and 22 separate components on each of those vehicles, as well as installing two RFID readers, each with eight antennas installed alongside the tracks or between the rails. 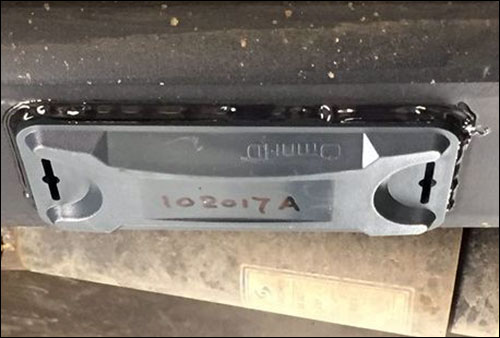 An Omni-ID Dura 1500 tag was attached to the underside of this rail car.

UTA's RFID implementation was a group effort. The agency set up a committee that would include asset-management personnel, as well as members of UTA's procurement, operations, maintenance and IT departments. It issued a request for proposals, and ultimately picked Seattle integrator Swiftsure Group and its partner, American RFID Solutions (ARS), for the winning bid.

American RFID and Swiftsure Group reviewed UTA's software requirements, as well as the physical demands for the readers and where they should be located. The companies also considered tag requirements and where to place those tags on the vehicles. ARS provided its TrackStar software, which was hosted on a dedicated server onsite, according to Bruno Riegl, Swiftsure's CEO.

UTA installed an RFID reader portal at two tracks that enter and exit the maintenance rail yard. Each portal consisted of a Motorola Solutions (now Zebra Technologies) FX9500 reader and eight ARS HD500 antennas: four installed atop a signal pole to read tags mounted on the top of the cars, two attached to the pole at ground level, and two positioned between a track's two rails to interrogate tags glued to the cars' undersides. At the portal locations, train speed is at 15 miles per hour.

Stockley says that the companies opted to use Omni-ID Dura 1500 passive UHF tags for their durability and reliable reads in the presence of metal. Because there could be no welding or bolts on tags, they were applied via epoxy.

When each component was tagged, its serial number and history were entered into the TrackStar software and paired to the unique ID number encoded to the tag. The software stores a parent-child relationship between a car's tag and those of its components, says John Rommel, ARS' director of sales and marketing, and also provides five custom reports with built-in data exchange for PDF, cvs or Microsoft Excel files. In addition, the software provides a custom dashboard and user-defined searches for data of interest, adds Sally McDonald, ARS' manager of customer care. 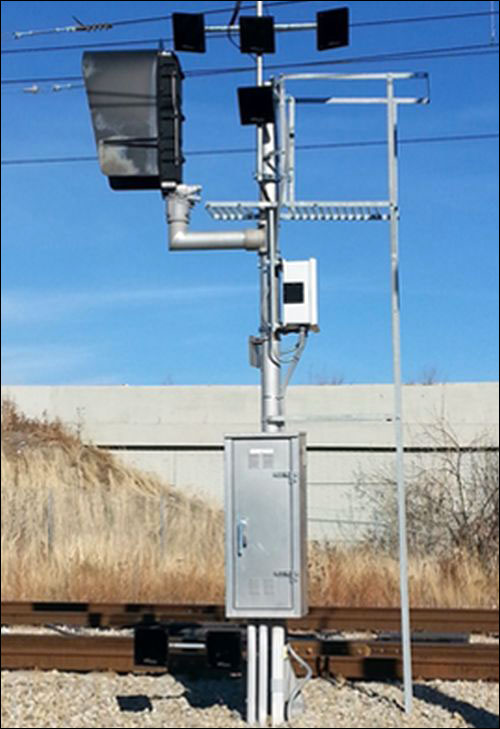 Eight ARS antennas were deployed for each reader, including four installed atop a signal pole to read tags mounted on the top of the cars, as well as two attached to the pole at ground level.

The one-year pilot project ended early this year. During that time, the group tracked the movements of the tagged assets, and that data was compared against vehicle mileage. The pilot's scope, Stockley says, was to determine whether the tags could be read and the software could collect that data. Further deployment will involve identifying how that information can be used to learn more about the components' usage history, and to schedule maintenance and inspections.

To date, UTA has RFID-tagged 38 light-rail vehicles and their components. "We will have our entire fleet of 77 tagged by the end of 2015," Stockley reports. "The challenge is getting time to install the tags on vehicles, because they spend the majority of their time in revenue service. I would estimate by the end of 2015, UTA will have over 2,500 tags in service."

By the end of this year, UTA also plans to provide handheld readers to employees so that when they perform maintenance or inspections, they will be able to use the devices to update data about the components on which they work. Eventually, UTA hopes to expand the technology's use to all 60 of its commuter-rail vehicles, all 700 of its buses and all 400 of its vans. The agency would next like to install wireless sensors that measure impact, pressure, temperature and vibration levels, in order to identify changing conditions. For instance, sensors could determine the kind of motor vibration to which a component has been exposed, to help determine maintenance schedules.