IDTronic has announced a new ultrahigh-frequency (UHF) reader with an integrated auto-tuning antenna that is suitable for industrial and outdoor environments. The new Bluebox CX-AVI and CX-AVI LR readers are equipped with Ethernet and RS232/RS485 interfaces for a flexible and low-cost installation, according to iDTronic, and works well for parking, waste-management, forklift and logistics applications. 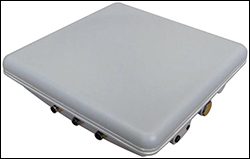 Groninger Museum, a modern and contemporary art museum in the Netherlands, has launched a new, beacon-enabled mobile app in conjunction with the opening of a new exhibition, "Song Dong, Life is Art, Art is Life." The museum app is the first implementation of a new platform called Tapart, developed by Tapme Media, also in the Netherlands.

The mobile app presents information about artwork and sections of the museum as visitors walk around the Groningen facility and "tap" their smart devices to beacons that employ Bluetooth Smart technology. The Bluetooth beacons, supplied by Estimote, direct the mobile app to access and display specific Web content to visitors. The signal can be detected by a compatible smart device (iOS 7 and higher or Android 4.3 and higher).

The museum app is available for download at Google Play and iTunes. 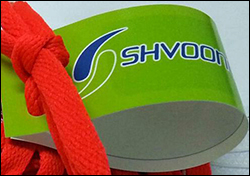 The event was timed by means of Tadbik's RFID-enabled shoe tags and RFID Race Timing Systems' Ultramats, modular antenna mat systems that are designed for sporting events, according to Michal Yanuv Max, Tadbik's sales and marketing director. The mats measure 1 meter (3.3 feet) in length by 0.55 meter (1.8 feet) in width by 20 millimeters (0.8 inch) in thickness, feature a special non-slip surface and are tough enough to handle trucks driving over them, the company reports. The entire RFID timing system at the Istanbul race was managed viaRaceTec software. The durable Tadbik shoe tag featured a Smartrac DogBone Monza 4D paper inlay encoded with a runner's number and printed with that number and application instructions. The shoe tag was branded with the Nike Women's Race logo, Yanuv Max says, and runners tied the tags to their shoelaces.

In addition, three RFID-powered kiosks were used at the event venue to display individual results. The kiosks featured proprietary software designed to access the RaceTec database, as well as FX7500 readers made by Zebra Technologies (formerly Motorola Solutions' RFID division).

The RFID system at the race successfully read 15,000 splits and was well received by the participants, Tadbik reports. In addition, the firm notes, Nike organizers were pleased by the attendance, the smooth operation and the accurate results, and said they look forward to offering this event in Turkey again next year.

The new version of TotGuard also includes mobile apps with a full graphical user interface (GUI) for the Android and iOS operating systems, enabling personnel to monitor and manage the system and receive instant alarm notifications, even when they are away from their desk. A revamped GUI includes several new features, such as a tag battery gauge that shows the state of the battery's power, enables the sorting of patient lists, and displays different tag icons for different types of tags, among other functions.

According to Guard RFID, improvements in real-time location include support for detecting the direction of movement at a portal to provide more accurate reporting of patients, assets or staff members entering or departing from an area. Area or room utilization reports provide details of which patients or assets have occupied a specific area, as well as for how long, and can be set for various rules that improve facility utilization. The new version is compliant with the IHE PCD MEMLS protocol, which enables the sending of patient and asset location event data to all hospital systems that can communicate via the HL-7 protocol, such as emergency medical response (EMR) systems, alarm-monitoring systems, pump and VSM software, and so forth.