Genera has found that Research Instruments' RI Witness solution makes its Rome and Naples clinics more efficient, while providing extra confidence to patients and embryologists that every process will be error-free.

There's a lot at stake when embryologists conduct in vitro fertilization (IVF) procedures. Both patients and embryologists are aware of the potential for mistakes, such as a mismatched egg or sperm, and embryologists must thus have a witness double-check their work at every step. Even with that process in place, however, errors can still occur.

Research Instruments (RI), a UK-based in vitro fertilization technology company, is offering RI Witness, a solution that employs high-frequency (HF) RFID technology to pair specimens with the appropriate patient automatically, thereby ensuring that an alert will be sounded before a mistake can be made. 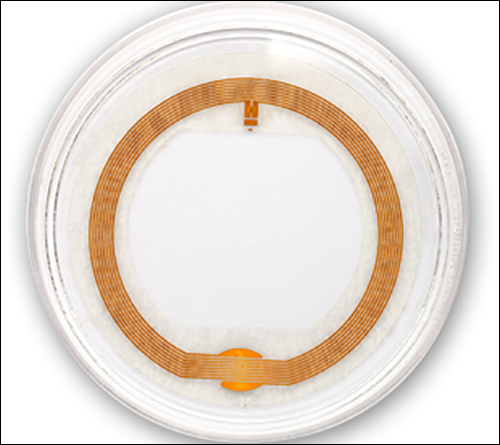 An RFID reader built into a work table captures the serial number of the RFID tag attached to a petri dish.

The Genera Center for Reproductive Medicine installed RI Witness in 2012 at its clinic in Rome, and last year at its Naples clinic, says Laura Rienzi, a senior clinic embryologist and the laboratory director for both facilities.

Genera conducts approximately 1,200 procedures annually at its Rome site alone. Prior to implementing RI Witness, the clinic had a strict manual protocol that embryologists followed in order to prevent errors from being made at the busy lab. "We had in place a very good traceability process through double-witnessing," Rienzi explains. In fact, she reports, the clinic hasn't had any errors. In 2012, however, the Rome clinic was growing, the lab was busy and finding a witness available for each process was not always easy.

Therefore, after six months of validation testing, the clinic adopted the automated RFID system to track the eggs and sperm, along with each process the samples undergo during the fertilization process, as well as to marry those specimens with a specific patient. With RFID tags embedded in containers and in a patient's ID card, the RI Witness system enables clinics to prevent any mistakes from occurring, such as the wrong sperm or egg being used during the fertilization process, or embryos being matched with the wrong patients.

Research Instruments, which is now 50 years old, got its start in micromanipulation for the electronics and semiconductor industries for manufacturing. As silicon chips continued to shrink, RI's technology was no longer operable with them, and the company thus began diversifying its offerings into the biomedical industry. In that sector, micromanipulation is also required to work with human eggs and sperm, and RI currently makes a variety of technologies and products for the IVF industry, including micromanipulation systems, moveable lasers and IVF thermometers.

Assisted reproductive techniques can vary from a fairly simple procedure in which sperm is collected to be inseminated in a woman, to more complicated systems in which the woman's egg is extracted and fertilized and the resulting embryo is then implanted inside her. Sperm and egg are each stored in separate containers until the sperm is mixed with an egg in one container. The sperm and egg must often be manipulated to make them more likely to accomplish fertilization, or the highest-quality eggs must be isolated from the others. Another procedure that is becoming more common in the United States (as well as at Genera's centers) is the extraction of eggs and the testing or manipulation of an egg or sperm to ensure that the resultant baby does not have any genetic defects or chromosomal abnormalities known to be in either parent's family.

While these procedures are underway, the specimens are taken to a laboratory, placed in an incubator and sometimes manipulated under a microscope. This means that mistakes related to misidentifying a specimen are possible.

With the RI Witness solution, the Genera Center for Reproductive Medicine uses RFID-tagged petri dishes to track the eggs and sperm.

Rob Thompson, RI's director of product development, says that in 2004, his company began researching and developing a system that would track the movements of specimen containers, thereby preventing accidents. In 2007, the firm released the first version of that solution, which Thompson says was designed to be "an invisible force field watching what's happened." The solution consists of high-frequency (HF) 13.56 MHz desktop RFID readers, designed by Research Instruments and manufactured by a third party, as well as tags supplied by a variety of vendors. RI Witness software typically resides on a clinic's database, where it stores and manages data related to tag ID reads.

When the system was launched in 2007, it served as a way to help U.K. fertilization clinics adhere to the Human Fertilization Embryology Authority (HFEA)'s rules regarding specimen identification.

At Genera and similar IVF clinics, specimens are removed from incubators to be worked on by embryologists. The specimens are placed on a heated work table to ensure that their temperature does not drop, and they may be moved into and out of the incubator multiple times while being prepared for insemination. According to Thompson, RI provides a work table with the RFID interrogator built into it, so that the table not only reads the tag ID but also warms the specimen.

As patients arrive at the Genera clinic, both parents' identifying information is input into the system and an ID card with an embedded RFID chip is assigned to the mother. Staff members use a desktop reader to interrogate the card's tag ID number, thereby linking that ID with her patient record in RI Witness software residing locally on the clinic database. They then assign a container to the father for sperm collection, which has its own RFID tag that they read in order to link it to the mother's ID.

That data is not only stored in the RI Witness software, but is forwarded to the patient-management software that the clinic uses to store and manage data about patient visits.

The mother is then brought to an operating room, where the RFID tag in her ID card is again read via an RFID reader mounted on the wall. Once that tag read takes place, the RI Witness software displays the patient's record on the computer screen in the lab. As her eggs are removed, they are taken directly to the lab, where they are placed in a petri dish containing an RFID tag. In the lab, the dish is immediately read, thus linking that dish to the patient in the operating room.

When any work is performed on the specimen, the embryologists can read that patient's information directly on the RFID reader where the manipulation is being performed. This can be accomplished by reading the tag in the patient's ID card. The data can also be pulled up manually in the software. The embryologist then takes the petri dish containing the egg or sperm, reads its RFID tag and inputs whatever process is underway. The software links the container's ID with that patient, displaying an alert if a mistake is being made.

According to Rienzi, the technology has provided peace of mind for embryologists, who now know that they will receive an alert if a mistake is imminent, and also puts patients at ease. She says the clinic conducted a study about patients' responses to the technology and asked them to fill out questionnaires once they understood how the system was being used. "They feel much more comfortable," she says, based on the responses.

RI Witness is also designed to provide analytical information, and Rienzi says she uses the system to ensure that both the Rome and Naples labs are running well. For instance, she can determine how many procedures were conducted by specific embryologists and how long certain procedures typically take to complete. As a result, she can identify ways in which to make the facility more efficient. Already, she reports, the labs are less crowded and more productive since witnesses do not need to be pulled away from their other tasks to confirm each procedure. Conversely, embryologists need not seek out a witness while conducting their work.

Although the technology does not directly increase pregnancy rates at the Genera clinics in Rome and Naples, Rienzi believes it could increase the clinics' productivity.

The system's shortcoming, according to Rienzi, is that the technology can track each petri dish but not each individual egg or embryo. There are sometimes multiple embryos in a single dish, for instance, and some have been diagnosed as genetically normal, while others have not. Research Instruments is working on a solution to that problem, she says, which might require that every embryo be stored in its own tagged dish.

Because the center is growing, Rienzi says, more clinics will be opening in the future. She expects to deploy the RI Witness system at each new location.